It has been a long time since Kai and Eli were with us, but I still haven’t finished writing about their visit! Well, I will have finished by the time you read this. So, I left off when we got home from the Tra Que Water Wheel. The next day we went kayaking on the Thu Bon river and saw a lot of cool stuff. It was really fun kayaking together with everyone.

A couple of days later we went to Vinpearl Land which is a huge amusement park near where we live.

It was AMAZING! We had been there once before but only did the inside stuff because it was raining. This time we did almost everything! It was so fun! We went to the water park first but could only do half the slides. 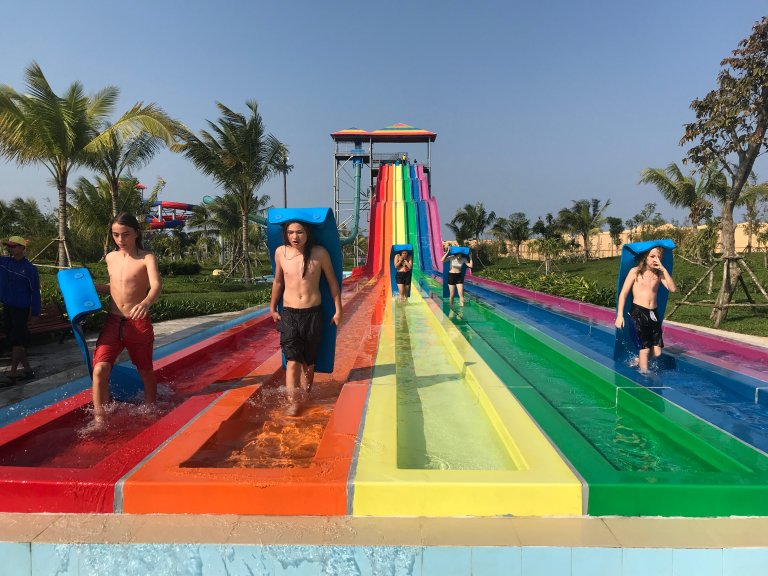 It was still fun because there was a lazy river and a wave pool and a giant water playground! We also went to the indoor games which had an arcade where all the games were free and there were also some trampolines and a little kid area. We played inside for a while jumping on the trampolines and playing the arcade games. After the indoor games we walked around for a while and then went to the best part, the rides! There were two roller coasters not counting the creepy caterpillar baby one. There were bumper cars and flying chairs.

And last but not least the Swiss Tower!!! It was a super tall tower that had a ring of seats that took you up to the top and left you there for a whole minute and then just dropped you! I just looked it up it is 85 meters high! And that is about 279 feet! It was crazy! The first things we did there were the roller coasters which were super fun! Then we did the bumper cars which were really crazy and every one was ramming into each other so hard I would be surprised if I didn’t get whiplash! Next we did the flying chairs, they were just relaxing though compared to the other rides.

After we did all the other rides we finally got on the Swiss Tower! It was really scary going up. We were slowly rising up the tower regretting our choice more and more as we got higher. When we reached the top we were so high up that we could see everything for miles around it was so amazing. For a minute we talked and looked around waiting for the “click” and then the fall. Finally it clicked and down we went faster and faster and faster! I tried to scream but the sound was ripped away by the air rushing past me. I could barely see anything except for a blur of lights. And then we slowed rapidly like we had sunk into a pit of thick mud. I was kind of dizzy and full of adrenaline! We all got of and walked away yelling about what had just happened. By then it was pretty dark and we went home soon after and went to bed. We were tired! The next day they left to go back to the U.S. 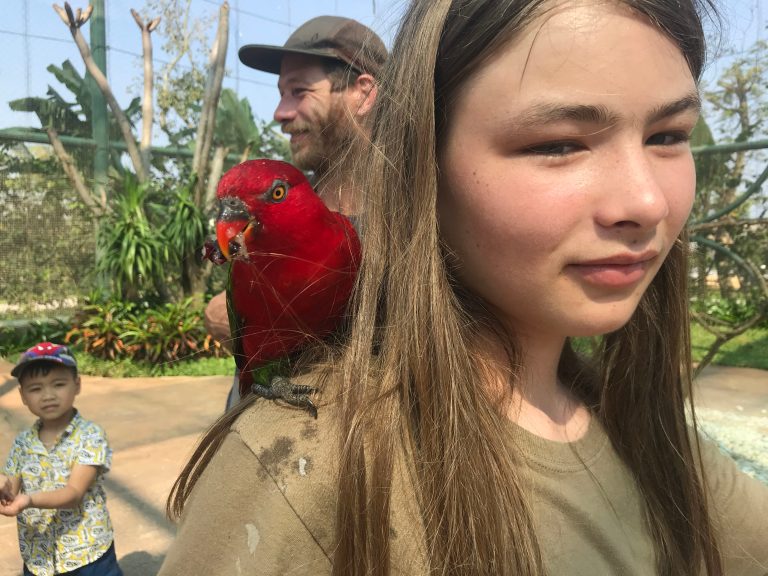